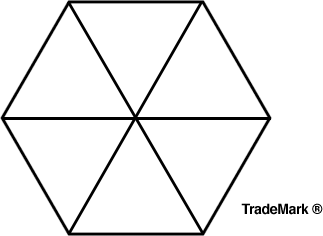 Welcome to the home page of DISCOVER NOAH'S ARK™ (discovernoahsark.com). A major historical discovery is revealed within the documented non-fiction book GODS OF THE UNIVERSE™. The shape of the vessel which is commonly referred to as NOAH'S ARK IS A HIGH TECH HEXAGON, and not a rectangle as commonly interpreted and assumed. This is the first time a design from an advanced technology source has been absolutely identified, and it is not coincidental that the basic hexagon shape of water (especially in the form of a snowflake) is also the shape of the ark. The discovery of the unique shape of the vessel is of great historical significance. For centuries scholars have been trying to identify the true shape, and I, a private research author, have put my finger on it and finally found it.

Never before has such a book, taken primarily from ancient clay tablets, been presented to the public. GODS OF THE UNIVERSE™ (an explicit ancient Sumerian epithet) is our story, a story about the exploits of alien astronauts (initially called Lofty Ones, and later Gods) upon the Earth, including the creation and early history of mankind, culminating in the story of Noah and his high tech hexagon shaped ark (Noah build the ark, but the design was from a high tech Lofty One). The ark is from an advanced technology not indigenous to Earth, their advanced technology, and not the primitive technology of early mankind; therefore, the Lofty One who gave the high tech design to Noah was what today we call an astronaut. This may be one of the most important revelations in our lifetime, for the truth is not always what we had envisioned it to be. Our story includes the story of an abnormally close passing/orbit of a periodic celestial body (the cause of the great flood), most probably a lesser/dark companion star with its satellites which orbits our Sun/star at long intervals, which normally mildly perturbs the Earth, what Plato collectively called “Phaethon, the son of Helios,” the son of the Sun (see Footnote 719).

Examine the illustrated Babylonian, Hebrew, and Hellenic proof of the discovery of the hexagon shape of the ark following Page 277, among other discoveries, including the flood related meaning of the Star of David on Page 298, the hexagon/ark/water connection on Page 299 and 345, the next orbit on Page 319, the origin of the rings and the cause of the rotational direction of the outer planets and their satellites on Page 342 and 343, the triangle/trident/Earth connection on Page 345, and the day the great flood began on Page 346. (For other names of the hero of the great flood, see Page vi and Footnote 302.)

Finally, now that we have our own astronauts (landed upon the Moon July 20, 1969) and an enlightened understanding, the time has arrived to see ancient enigmatic events through a new perspective, in a new and different light, the high tech light of advanced technology, which includes space travel and genetic engineering, now that we are on the threshold of exploring these enigmas ourselves.

This revealing book, based upon historical fact, is available in e-book format for US $12. To download, click on buy now button, then follow prompts on PayPal.